Angela recently attended the 2013 AMSRO Leaders Forum, held at The Byron Resort and Spa. Each year, AMSRO holds a Leaders’ Forum which is open only to AMSRO members and is held in a different place every year.

It offers members an opportunity to network, and the ability to discuss major challenges facing the market and social research industry. It also sets the AMSRO agenda for the next 12 months. Attendees are provided with an update on current AMSRO initiatives and work to develop such initiatives for the coming year.

Guest speakers are invited from a range of areas. One of this year’s guest speakers was George Negus, who spoke about key changes over the past 25 years in presenting “The World Was Never Going To Be The Same Again”. 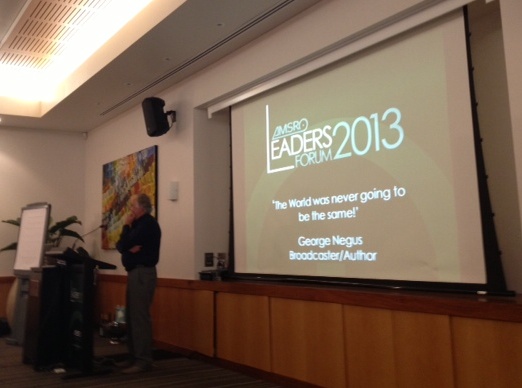 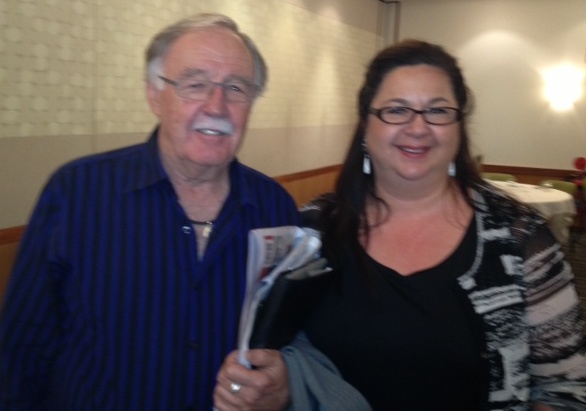 George stated that he had been described as “one of the sexiest men
in Australia for the thinking woman”. Angela couldn’t help but make
the most of a photo opportunity, being the ‘thinking woman’ that she is.

An underlying theme of the conference was around the changes in our industry and like many other industries we are experiencing many competitive challenges through “more diverse” competition and “more intense” competition. This competition, which is within a reduced spend/budget and price sensitive environment, is coming from outside the traditional market and social research companies and from non AMSRO member companies, eg. from universities, management consultancies, media planning agencies, advertising agencies and DIY research by clients themselves.

Delegates at the conference also partook in an amazing dinner which comprised of a 7 course degustation with wines handpicked and sourced by one of AMSRO’s industry leaders. For all those foodies out there who are interested, the wine of the night was the 2006 Domaine Pierre Ussegglio, Reserve des Deux Freres, Chateauneuf du Pape, Rhone, France which was served with the cheese course. Another favourite wine on the night, that was a bit closer to home, was the 2007 Amisfield RKV Reserve Pinot Noir from Central Otago, New Zealand. 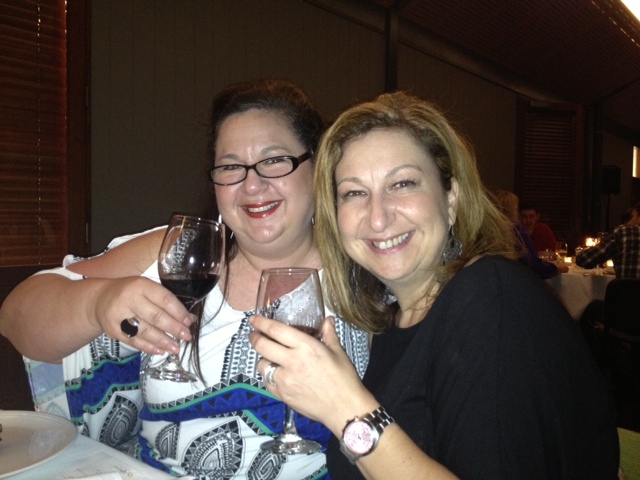 Maria Orsaris wasn’t going to miss out on this delicious meal and
ended up joining Angela for the gastronomic experience.

TMIC Cleans Up on RailCorp Tender