16 March 2015 – 15 years ago Angela took her vision, creativity and corporate know-how out on her own and proceeded to develop and grow her successful business into what it is today. Initially with a small team, the company has since grown to 20 in-office staff, a large pool of professional interviewers, an even larger pool of mystery shoppers and has not lost momentum over the years.

To celebrate this special birthday, Angela arranged an afternoon/evening of Indian styled treats for her TMIC family. All the ladies were adorned with a bindi but Mel and Mansi made a special effort and wore beautiful Indian suits. The afternoon began with tasty canapés and drinks at Hoyts Broadway before being ushered into a very comfortable private cinema to enjoy a screening of The Second Best Marigold Hotel. A survey afterwards revealed that Richard Gere was well received in the sequel and a nice addition to the viewing pleasure! This was not a robust finding, there were some who were less enthusiastic but results seemed to be gender specific.

After the film, the team went on to Woolloomooloo for a delicious dinner at Aki’s Indian Restaurant. Everyone agreed that the food was both tasty and a perfect fit after our Indian-themed afternoon. The whole team would like to thank Angela, not only for her generosity in arranging such a treat but for her ongoing strong leadership of TMIC into the future. 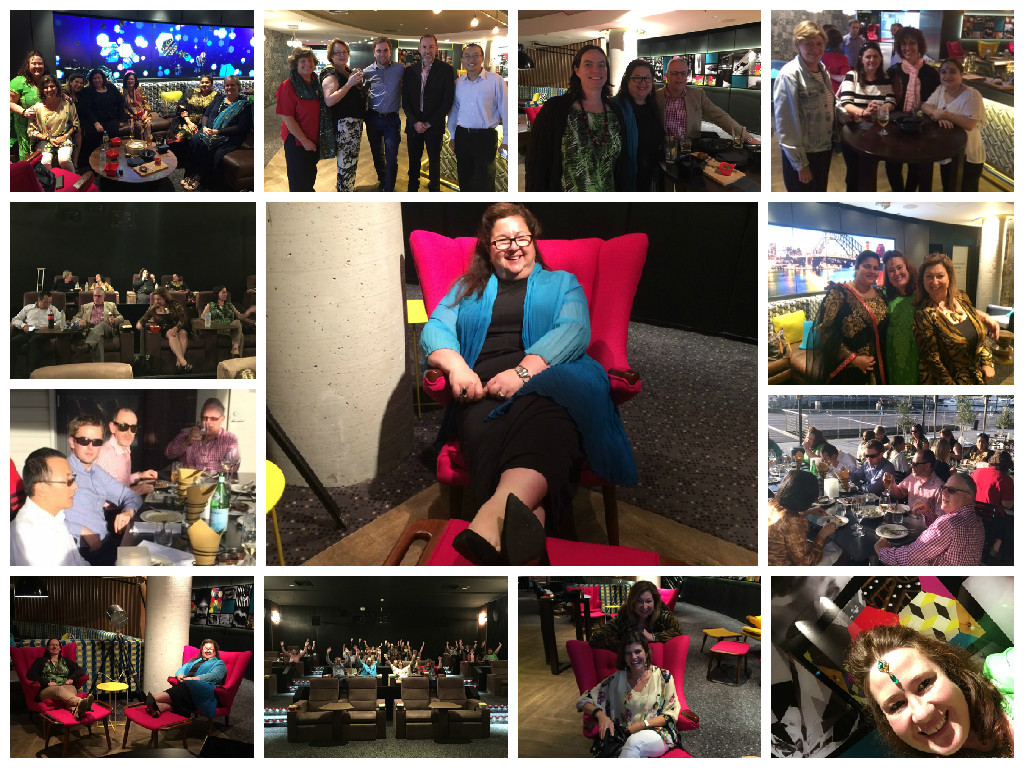