The team at TMIC would like to wish everyone a very happy new year! We hope you had a fantastic festive season and wish you all the best for a prosperous and healthy 2011! On a social and celebratory note, November and December 2010 treated us well here in the TMIC office. We celebrated Melbourne Cup Day in style – no hat too ostentatious, and no fascinator too flamboyant. Like our headwear we did not hold back when it came to our fabulous lunch which we each contributed to. Like previous years we were each to bring a dish from our country of origin. Being such a multicultural organization we were treated to a large smorgasbord of delectable dishes to satisfy our rumbling bellies and then… the horses were off! After a few minutes of nervous excitement watching the race that stops a nation with great anticipation and revelry anyone walking by the office would think we had each won the trifecta! With yelps, screams, oooohs and aaaahs we cheered on our chosen horses. This was exemplified by Anne and Maria Orsaris doing a happy dance around the boardroom thinking they had hit the jackpot. After the excitement subsided they checked their numbers again that afternoon only to come to the heart wrenching realisation that they had in fact won no more than $15 each. A win none the less! So unfortunately there were no huge Melbourne Cup race wins but we did enjoy our office sweep and scrumptious lunch all the same. TMIC’s 2010 Christmas Party was held at Fort Denison. For those not familiar with the setting, Fort Denison is a former penal site and defensive facility occupying a small island located north of the Royal Botanical Gardens in Sydney Harbour. Fort Denison has a fascinating history and we were lucky enough to be given a guided tour of the Martello Tower, a visit to the museum and historic tide gauge room. We had lunch at the restaurant which is located on the forecourt of Fort Denison, offering breathtaking views of the Opera House and Harbour Bridge. Thank you to Angela for a mouth-watering meal and a fascinating history lesson all in one!   We would like to share some pictures with you from our Melbourne Cup luncheon and 2010 Christmas Party. We hope you enjoy! 2010 was a very busy year for the TMIC team so we would like to thank all our clients, interviewers, family and friends for their support throughout the year. Here’s to another flourishing and successful 12 months ahead! 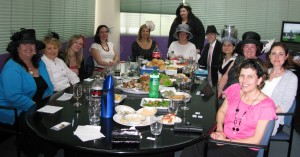 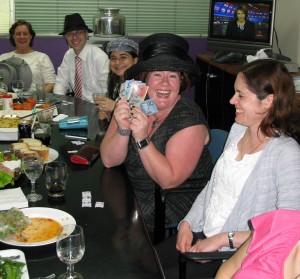 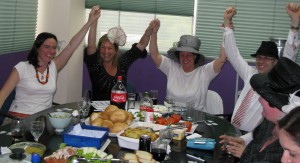 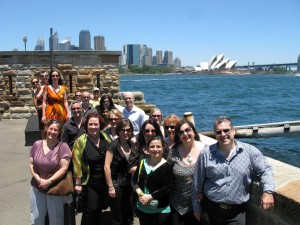 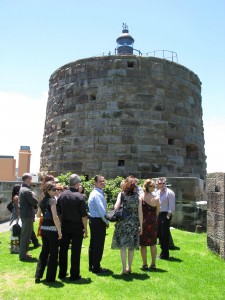 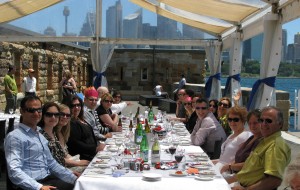