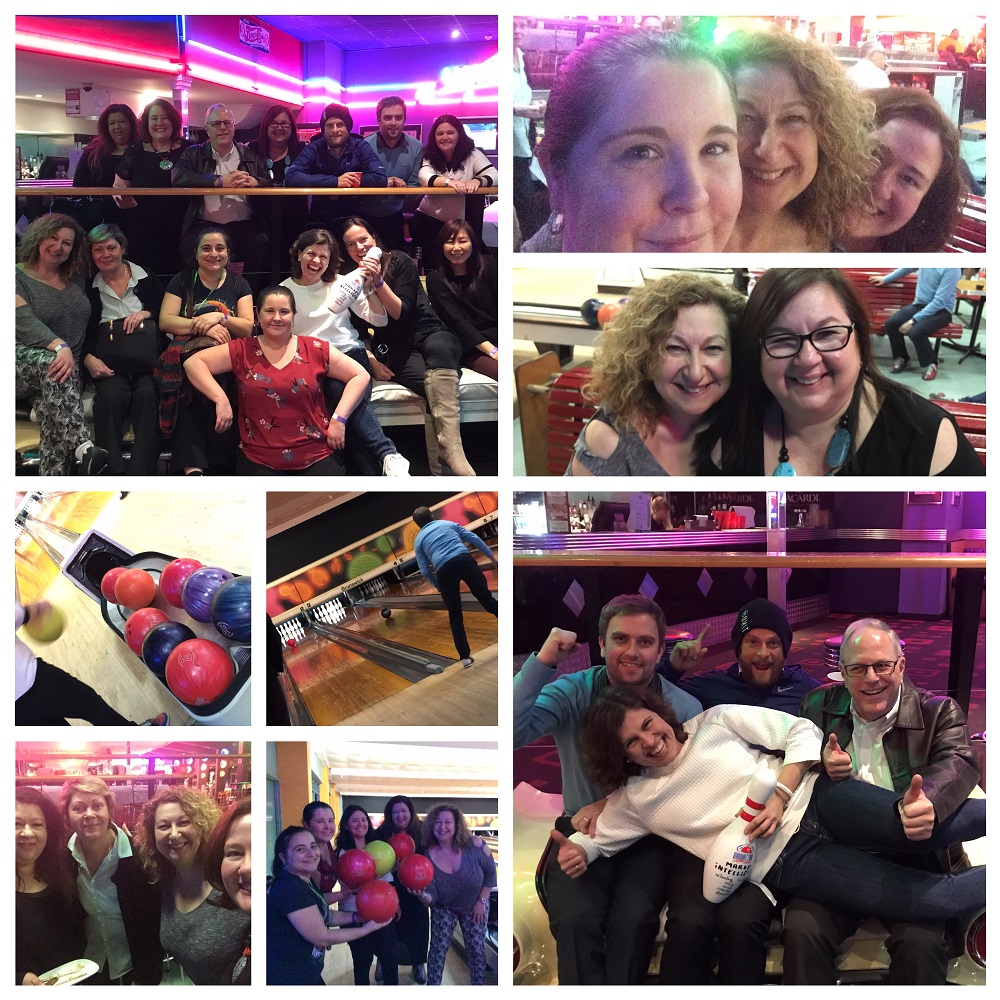 The gloves were off for this year’s infamous TMIC Bowling Night with 3 teams going head to head competing for the annual champion bowling pin trophy.

This year’s team leaders were Maria O who led “The OCDs”, Mel who headed up the “Hot MAMA” team and Mary’s clan calling themselves “Mary and the Boys”.  As always, the collective competitive streak was prevalent amongst team members with lots of friendly banter going to and fro between the enthusiastic teams.

Game 1 got off to a great start with “Hot MAMA” and “Mary and the Boys” going neck and neck in points. By the end of game 1, “Hot MAMA” were in the lead and had their eagle eyes on the prize!  However, by the end of game 2 “Mary and the Boys” came up with the goods and sailed past the finish line ending up with an impressive overall score of 799 for both games.  “Hot MAMA” were close on their tail with an overall score of 774.  Let’s not forget “The OCDs” team who remained consistent all the way through, ending up with a total score of 705.  Where they lacked in points they made up for in laughter!  Well done to Mary, Wes, Arne and Rowan for their well-deserved victory!

A few individual shout outs are due to 3 team members who played particularly well on the night …  to Arne who came out on top with an overall individual score of 255, Anne V who came a close second with a score of 241 and to Mel who finished with a score of 232 and had the most number of strikes. Three strikes in one game – you go girl! Which brings us to next year’s new team leaders – Arne, Anne V and Mel will be heading up the teams for 2018.  Bring it on!

In true TMIC fashion, a copious amount of delicious food was enjoyed by all.  Nothing like a bit of friendly competition to get the bellies rumbling!  Thanks to Angela for another fabulous night out!